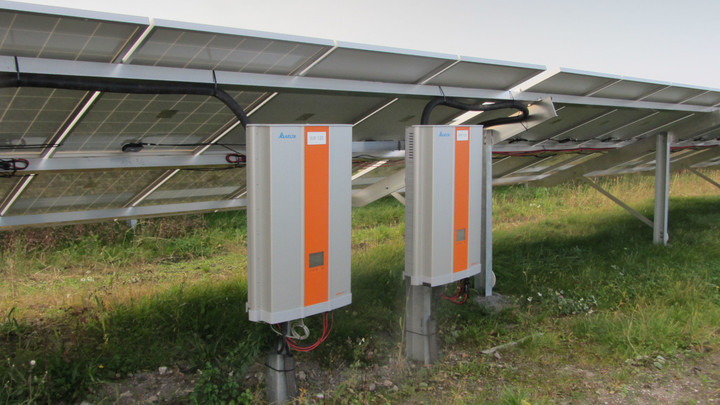 The site of today’s Lauchhammer Solarpark has a long industrial tradition and accomodated numerous industrial enterprises over the years. For this reason groundwater and soil at the plant site became contaminated with various toxic substances.

To address the situation, in 1999 extensive sanitation work began. During this sanitation phase, an immense amount of contaminated soil was removed from the site and the groundwater was purified. A large part of this area was returned to green space, and the rest of the land was made available for commercial use. 9.5 hectares was planned for a solar park. At the invitation of local city officials, multiple investors presented tenders with various implementation proposals. In the end the contract was awarded to Emmvee Photovoltaics GmbH. For the PV plant in Lauchhammer, 135 string inverters and about 16,000 solar modules were installed, with a corresponding PV power of 3.83 MW. The use of string inverters were preferred over central inverters because the former need less cables and components. Additionally, there are no extra buildings needed to house the Delta string inverters. As a result, the investment costs could be reduced. Also, since the SOLIVIA TL string inverters are maintenance-free, no maintenance contract is needed, which significantly lowers the operating costs. The Solarpark Lauchhammer was put into operation on 25 June 2013. Now the Solarpark from Emmvee, making up part of the former industrial site which still has usage limitations because of past contamination, can be used for a forward-looking and environmentally friendly purpose.