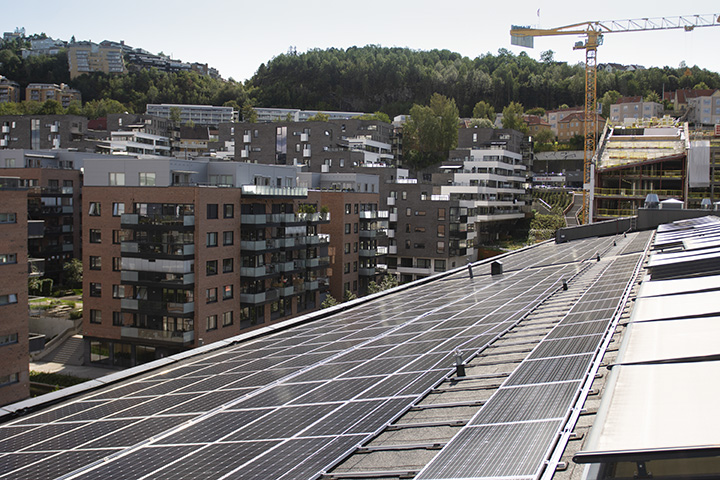 As part of a pilot project, the largest housing and property co-op in Norway, OBOS Group, invested in PV plants on six of their buildings in Oslo in a partnership with Fortum Oslo Varme AS (formerly registered as Hafslund Varme AS at the project inception), the firm that provided the EPC services for the project.